Prostitution and free choice – by Dana Levy, a Israeli survivor 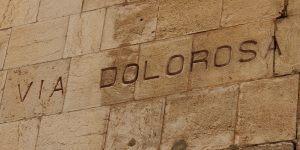 Dana Levy is an Israeli sex industry survivor who promotes the Nordic Model in Israel. She publishes articles in local newspapers in order to influence public opinion. She very kindly sent us (Nordic model now) this translation of one of her articles with a message of thanks for what she describes as our ‘amazing work.’ We send thanks for her amazing work in return.
Is there free choice in prostitution? I don’t know and it’s not important either.
I can’t count how many times I heard, during an argument about prostitution and the sex industry, that “there are women who choose it,” as a proof that this industry must exist. I’ve never fully understood that argument. Are these people suggesting that all it takes to justify a practice, as appalling as it may be, is to find someone who would choose to engage in it? Could any abuse or torture be justified if there is someone who agrees to be abused?
I think that all this talk about free choice is suitable for philosophy class, but not for discussions about prostitution. It’s not that no one ever chooses to earn money through prostitution, some do, but the fact is, the issue of free choice is simply irrelevant, for several reasons:
First, to have free choice, one has to know the future consequences of this choice, and what is the probability that each consequence will indeed take place in her case. There are drug addicted women who got into prostitution to pay for their drug habit. There are girls who are pimped out by adult men. There are women who were conned into becoming prostitutes. In the previous examples, none of these women had full control in their decision to go into prostitution, therefore the “free choice” argument does not apply to them.
Then what about young women, 18 and up, who did not suffer an addiction or extreme poverty but only told themselves “I will just make the big bucks and then go back to my normal life?” What about those single mothers whose bank accounts have been foreclosed and they say “I’ll just pay off my debts and get back to my normal life?” Supposedly, they have made a “free” choice. The alternatives are limited, but it is a choice nonetheless. Unfortunately, in most cases, the freedom to choose ends when you want to leave the cycle of prostitution. Women in prostitution, prostitution survivors, volunteers, psychologists and social workers, all know that most women want to leave the cycle but cannot. Psychological, social, financial and institutional mechanisms block their path to rehabilitation. Therefore, even when prostitution is a choice of some sort, it is a one-way choice.
This one-way choice could theoretically be free if it were conscious, but no woman who enters the cycle of prostitution sees that the road back is blocked. The sex industry is surrounded by myths and mis-information. Books and movies portray sex industry as a world of dark, decadent glamour. A little dangerous but fascinating and full of adventures. Myths like “it’s easy money” and “a pretty girl can make a lot of money for what everyone does for free” play a central role in public discussions. Such myths prevent access to the information needed to make a real choice.
Freedom of choice is not everything. Freedom of choice is not a synonym for something good, and limited freedom is not a synonym for something bad. The Queen of England did not choose to be the Queen. Conversely, there are people whose quality of life is terrible due to poor decisions. We must ask ourselves, who is it really that needs our protection?
The sex industry takes a toll on all of us. Women in prostitution are the direct and immediate victims of the sex industry. However, there are other factors – individual, systemic and institutional, that are affected by it. I am a mother of daughters, and I want the freedom to raise my daughters in a prostitution-free society. In such a society no financial crisis, family crisis, or a bad coincidence will ever lead my daughters into the abyss of the sex industry. I’m left asking, “What about my freedom of choice? What about the freedom of women to choose not to live in a world where it’s normal to “get” unwanted sex? If not by force then by extortion, if not by extortion then by drugging and if not by drugging then with money.
We must ask ourselves about the freedom of choice of all the people, about those who are forced to fund social systems for support, and the sometimes futile rehabilitation of women whose bad fate could have been prevented? All of us, with the exception of hard-core libertarians, agree that it is our duty as a society to support these women. But would it not be more beneficial to all if the situation in which they need public help could be avoided in the first place? This is not only my opinion. Many women in prostitution say “I wish I could go back to the starting point so I would not have to get here.” These women’s suffering is a public interest, and we should all decide whether it is worth it to sacrifice them in order to benefit the men who buy sex?